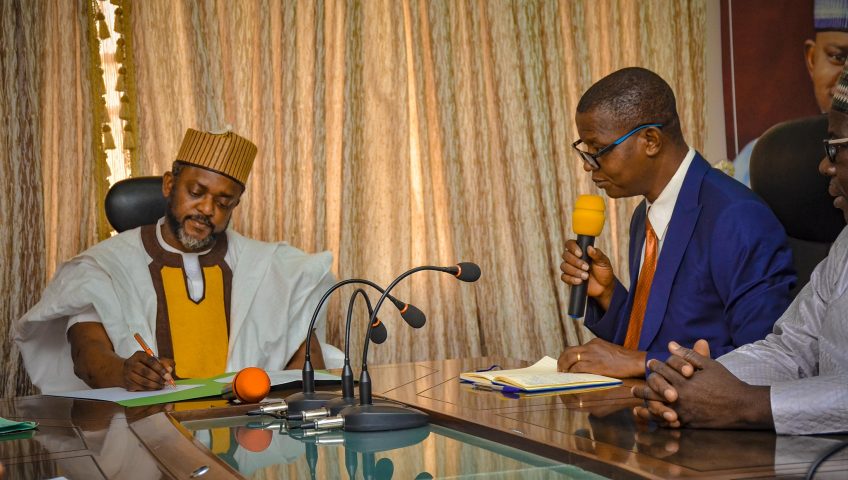 The Deputy Governor stated this during a courtesy visit by the World Bank Team led by the World Bank Task Team Leader for the APPEALS Project, Dr Adetunji Oredipe. He said the APPEALS project in the state has been able to facilitate support to real farmers in the state thereby adding value to farming activities. He added that the project will be given the necessary support to be the best-performing state in the APPEALS project.

In his remarks, the World Bank Task team leader for the APPEALS project said the team is in the state to review implementation progress across all project components and to ensure that the project is on track to achieve its stated objectives. He said they are also in the state to lend a helping hand to the project team in areas of critical concern.

The task team leader commended the harmoniums working relationship existing between the project and stakeholders in the state, which he noted is what other states of the APPEALS project can emulate.

In his address, the APPEALS State Project Coordinator, Dr Sanni Abdullahi Ozomata enumerated the achievements of the different components with pictorial evidence with the project facilitating the necessary support to about four thousand farmers across the value chain of rice, cashew and cassava in the state. He assured that the State Coordination Office is poised to do more in impacting the lives of farmers in the state.

In his goodwill message, the Managing Director, Kogi State Agricultural Development Project (ADP), Mall. Bello George Ogirima stated that the support facilitated by Kogi APPEALS for the ADP in getting the office back to its feet after the END SARS protests, which left the office premises damaged.

At the technical session, the Monitoring and Evaluation officer for KOGI APPEALS, Mrs Olukotun Gladys presented the scorecard across the different components of the project in the state with robust contributions from mission team members on the strategies of scaling up the performance of the project in achieving the project development objective.